We are pleased to welcome you at the website of a new law firm Barnashov & Partners.
We are grateful to Mannheimer Swartling law firm, under whose auspices we, Russian attorneys, in cooperation with the international team have acquired in invaluable experience and impeccable client-oriented traditions.
International Arbitration,
Cross-Border Litigation,
Russian Dispute Resolution 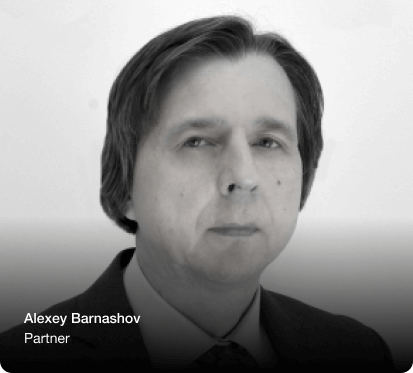 Алексей Барнашов
Партнёр
Alexey.Barnashov@barnashov.com
Alexey, for over 25 years, has been representing international and Russian clients in state courts of all levels (including the Supreme Court and the Supreme Arbitrazh Court) and international arbitration (such as the SCC, LCIA, ICC, ICAC and MAC), as well as representing clients, or acting as a Russian-law legal expert, in foreign proceedings. Alexey has previously been Head of Disputes Practice at Mannheimer Swartling and at White & Case in Moscow, as well as previously worked at Clifford Chance and Coudert Brothers in Moscow and New-York.
Corporate Practice,
Employment Practice,
Transactions

Светлана Елисеева
Партнёр
Svetlana.Eliseeva@barnashov.com
Svetlana, for over 11 years, has been advising international and Russian clients on the establishment, liquidation and restructuring of their business in Russia, as well as on all issues of Russian employment law (e.g. hiring and dismissal of top managers, including foreign citizens) and employment disputes in court proceedings, also has an extensive experience in transactional practice. Svetlana has previously worked at Mannheimer Swartling and KPMG.
sanctions & compliance,
antitrust & competition,
commercial law 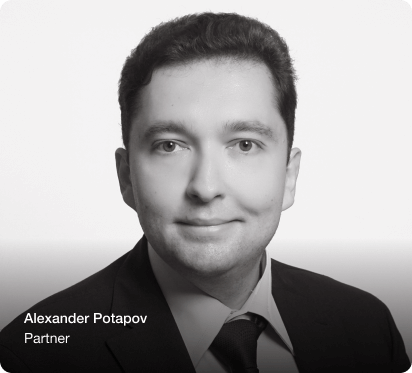 Alexander.Potapov@barnashov.com
Alexander, for over 13 years, has been practicing law, advising on regulatory and commercial law matters. He has been advising international clients on complex issues of Western Russia-related sanctions since their inception in 2014, including their impact on cross-border transactions and commercial operations, as well as on recently introduced Russian countersanctions. Alexander has previously worked at Mannheimer Swartling, Skadden Arps and other major international law firms.
Dispute Resolution,
Insolvency & Bankruptcy,
Arbitration

Евгений Тарасов
Советник
Valeria.Ikhlova@barnashov.com
Valeria, for over 18 years, has been representing clients in state courts of all levels (including the Russian Supreme Court), as well as in international commercial arbitration (such as the ICAC and MAC) in a wide variety of disputes, including general commercial litigation, bankruptcy and insolvency, disputes with Russian authorities. Valeria has previously worked at Mannheimer Swartling in Moscow and St Petersburg, as well as in a firm dealing with insolvency and bankruptcy.
Head of Corporate Practice / M&A,
Antitrust & Competition,
Sanctions 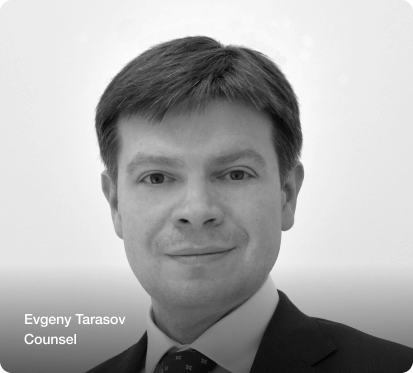 Evgeny.Tarasov@barnashov.com
Evgeny, for over 18 years, has been practicing law, he specializes in cross-border and domestic corporate transactions and investment projects, advising in a wide variety of industry sectors, including agricultural business, healthcare, retail, mass media, technology and emerging growth. Evgeny has previously worked at Mannheimer Swartling, Skadden Arps and other major international law firms, as well as worked in-house as Senior Investment Lawyer in Rusnano.